The computer’s Operating System is the most important piece of software in Information Technology . It turns a box of components into a useful device that serves a purpose by allowing the user to control it’s hardware and software functions.

What can a user control with an Operating System? 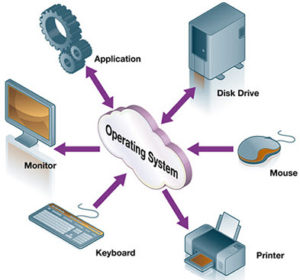 To make the most of an operating system though, the user must become familiar with it’s interface, this means learning to use and configure it.

Since Microsoft Windows is the most well known and widely distributed operating system for PC Users, we will use this when giving any examples of functionality during the lesson, however, it is important to remember that while most Operating Systems share similar functionality, they often have very different interfaces.