IT in modern society

IT in modern society

What role do IT systems play in Modern Society?

The computer was first created in the 1600s and simply referred to a person who carried out calculations or computations. It wasn’t until the 20th century that the computer took the role in society that it has now. 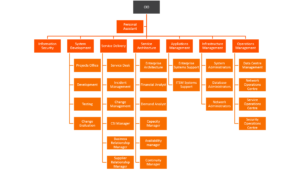 In the 20th century the computer we know today emerged and forever shaped the way people live their lives. Information and Communication Technology allows us to talk to people miles away without leaving the office. IT systems can store, search and share vast amounts of information meaning that people now keep less physical copies of their information in favour of their digital copies. Computers can perform calculations much faster and more accurate than a human being; this makes managing information easier, faster and more efficient when using IT systems and ultimately saves us time in the process.

As a result of these benefits, computers have become an integral part of our personal lives and our business lives. Understanding these facts about an IT system’s role in society is essential for an IT Professional.